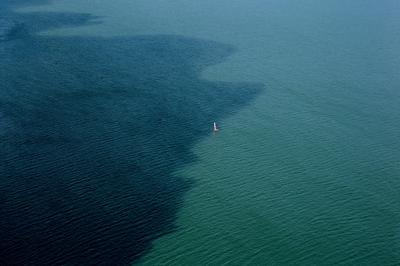 Ten years after the last photographic campaign, Sguardi Gardesani, the MAG is establishing a new multi-year  art photography project aimed at investigating the contemporary landscape in the Lake Garda area.
With the work of Edoardo Delille, Gabriele Galimberti and Paolo Woods, the MAG inaugurates a new exhibitions and publishing programme curated by Giovanna Calvenzi, historian of photography and photo editor Giovanna Calvenzi.

The work of the three photographers has resulted in three personal narratives of the landscape of Alto Garda, the outcome of the different individual and professional influences each brings to the task. The works of Delille, Galimberti and Woods are translated into unexpected iconographies of human and natural landscapes explored in depth, and which open new perspectives from these instants of captured time.

“The investigation of the territory in the 2017 edition called Nuovi sguardi gardesani, has been entrusted to three photographers who are members of the Riverboom collective and accustomed to describing and comparing the lives and landscapes of differing and distant countries. To these, they apply a cheerful, disenchanted, ironic, contemplative look, depending on the places, intentions and purposes. For this project, however, they have decided not to work together and have chosen three different itineraries.
Edoardo Delille has focused his photographic experience on Lake Garda and its visitors. The protagonists of his work, entitled Full Immersion, are the physical experience of dipping into the lake and the anticipation of the impact with the water, explored with the collaboration of bathers who have shared his visual experiments.
With Vista lago, Gabriele Galimberti has staged an almost theatrical representation in which real estate agents accompanied him to visit the apartments offered to tourists and which promise view of at least a bit of the lake.
Intrigued by the cliché that the inhabitants of Riva can never see either sunrise or sunset because of the orography of the territory, Paolo Woods photographed the landscape from above, fascinated by the “spade d’ombra” (‘swords of shadow’, which is also the title of his work) that dissect the view and draw two sharp fields over the landscape, one of shadow and the other of light.
While in their earlier projects the manner used by the three photographers has tended to be similar, in a dialogue of visions and points of view, on the Garda each has chosen a different way to describe what he sees. Edoardo Delille’s images focus on suspension and portrait, playing on the sense of complicity with his subjects. Gabriele Galimberti uses the language of interior photography to stage a representation in which the lake and estate agents contend the role of protagonist. Paolo Woods realises images in accordance with the classical lesson of large-format landscape photography, in which the sharp details can be discovered in the areas covered by the shadow that like a sword seems to cut through the valleys. Their contribution gives us new and different ways of reading the territory, helping us to see what we do not see every day, and also teaching us to smile about what we see around us.”
Giovanna Calvenzi, 2017