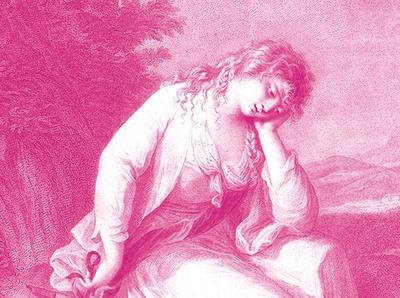 “Now  I  really  find  myself  in  a  new  country,  surrounded  by  objects  entirely  strange.”
That  is  what  Johann  Wolfgang  von  Goethe  wrote  on  his  arrival  at  Lake  Garda  on  12th  September  1786.  In  parallel  to  this  year’s  major  special  exhibition  at  the  Ferdinandeum  in  Innsbruck,  namely  “Goethe’s  Italian  Journey.  Homage to a country that never was”, the Tyrolean State Museums are presenting a selection from their collections at the Museo Alto Garda as a contribution – in interaction with individual Italian  positions  –  to  the  exploration  of  the  landscape  that  the  MAG has been pursuing for several years.

Goethe’s Italian Journey, which lasted from September 1786 to June  1788  but  only  received  literary  treatment  between  1813  and 1817, was the starting point for a special approach to landscape in art from the end of the 18th century to the present. The exhibition focuses on one aspect of the journey that has so far received  little  attention:  the  discovery  of  landscape  as  a  place  of selfknowledge.

The title of the exhibition is based on the novel  “A  Sentimental  Journey”  written  by  Goethe’s  contemporary  Laurence Sterne. In this context, “sentimental” implies rejection of the supremacy of reason, exploration of the role of sensuality and introspection, and ironic criticism of the many authors of travel books who laid claim to objectivity in the descriptions of the landscapes they saw.

Starting with works from the 18th and  19th  centuries,  the  exhibition  seeks  to  develop  a  comprehensive discourse on the artistic construction of landscape, the break  with  stereotypes  in  the  20th  century  and  the  deliberate  individual treatments selected by contemporary artists.