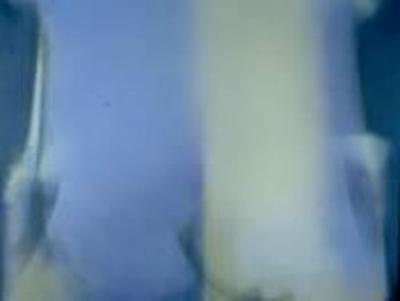 The exhibition entitled Il colore disvelato features a selection of around 20 paintings by Claudio Olivieri, an artist of Roman origins who works in Milan, and one of the leading representatives of Italian analytic painting. He made his debut in the field of informal, gestural and ‘signic’ painting; however, it was in the 1970s that Olivieri’s work reached full maturity, from that moment leading to his far-reaching research into the expressive potential of colour and light within the painting. His painting surfaces, overflowing with intangible pigment which gains consistency through the use of layering and veiling, come across as a powerhouse of dense yet ephemeral painting.
Olivieri’s paintings need to be pondered at length: it is only with a gaze tempered by awareness that the onlooker may communicate with the work and really perceive its chromatic and luminous breadth. Colour takes shape here, rising to the surface, yet as soon as our hypnotised gaze settles on the canvas, the colour sinks back into its own depths. A genuine visual spell slowly leads the onlooker into an intense sensorial experience. “Painting,” Olivieri says, “is something purely and exclusively visible, something which – beyond its figurative side – introduces that non-mediated yet infinite distance which turns space into memory. Before painting there is the unthought, the entirely opaque dimension of the non-relation.”
The exhibition itinerary begins with his historical paintings of the 1970s, stretching right up to the artist’s most recent production, gradually shifting through the various thematic and chromatic changes of his artistic  career, in which he has always set out to capture the very essence of painting on his canvases.
The chosen canvases, some of which come from the MART collections in Rovereto and some from private collections, will be on show from June onwards in the three rooms of the Picture Gallery set aside for temporary exhibitions, at the end of the itinerary through the permanent collection of the Riva del Garda Museum. This appointment with contemporary art at the Riva del Garda Museum marks the start of an exhibition project set to last many years, focusing on most recent painting and sculpture, with the aim of presenting the work of contemporary artists who have already made their mark on the history of art. Furthermore, the exhibition Il colore disvelato continues the collaboration agreement to work on specific projects reached this year between the MAG (Museo Alto Garda) and the Mart Museum of Modern and Contemporary Art of Trento & Rovereto.

Claudio Olivieri
Claudio Olivieri was born in Rome in 1934. He spent his childhood in Mantua, his mother’s home town, and in 1953 he moved to Milan, where he frequented the Brera Academy, graduating in painting. His exhibition activity began at the end of the ‘50s. In 1960 he held his first solo show at the Salone Annunciata in Milan.
From this moment on, his exhibition activity was to become intense and constant: he held numerous solo shows in galleries, museums and public spaces both in Italy and abroad, as well as taking part in major group exhibitions. In 1966 he was invited to display some of his work at the Venice Biennale, where he returned in 1980 and then again in 1990 with a room of his own, as well as his 1986 appearance in the colour section.
His painting production is coupled with the production of writings of great intensity. From 1993 until 2011 he served as professor of Visual Arts and Painting at the Nuova Accademia di Belle Arti in Milan, the city where he lives and works.