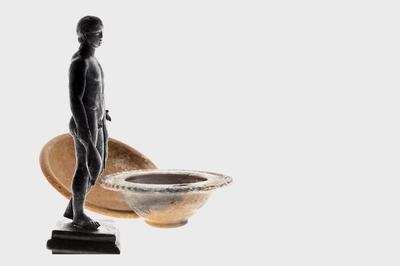 Monte San Martino ai Campi (Riva del Garda), an important archaeological area celebrated as a sacred site for the Raeti and the Romans, also presents the remains of a village dating from the fourth century AD that was partly destroyed by fire two centuries later. To celebrate the fiftieth anniversary of the site’s discovery, unpublished finds and structures of this ancient settlement have been recomposed to form a narrative of everyday life that is revealed to be closely tied with the sacred.

The exhibition unfolds as the first draft of a story, while awaiting more detailed studies able to give us a more complete and complex picture of this phase in the history of the Monte which is for the moment largely unknown.