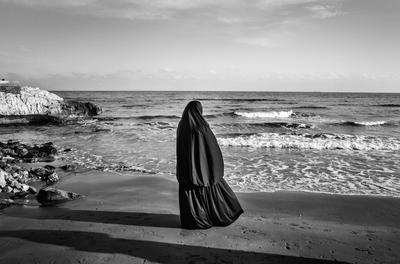 In collaboration with Atlas of Wars and Conflicts of the World

If 1918 is remembered as the last year of war, how can we not question what determined the “after”, and whether it be correct to define it with the term “peace”
Does the end of war produce peace, or are the seeds for a new conflict already germinating?
The No War No Peace exhibition intends to draw attention to the traces of a war of the past, linking the borders redrawn at the time with the wounds left open during the course of the twentieth century and with the conditions of “non peace” of today.
The exhibition focuses on the fragility inherent in the term “peace” a hundred years later and eighteen years after the end of the “brief century”: peace is not always consequent – as we believe – to the end of a war. In recent years, there have been dozens of wars that have ended but not brought about peace.
Just as a hundred years ago the end of the First World War did not create lasting peace, but laid the grounds for the brutal war that followed, so recent decades are littered with sad examples of unattained conditions of peace.
The ground floor of the Museo di Riva del Garda is thus transformed into a set for a journey that strives to account for war with a vision that has its roots in the First World War in order to interrogate the concepts of reconstruction, peace and border in dialogue and correspondence between yesterday and today, in a Europe of uncertain destiny and precarious prospects.
What remains “the day after” the armistices in the wars that rumble on to this day? What do these “afters" share that are immediately “todays”, if not already forgotten “yesterdays”? These are some of the aspects that the environment-exhibition evokes.

The installations – consisting of images by the photojournalist Fabio Bucciarelli, of evocative structures created by the Weber+Winterle architecture studio, of historical videos, interviews and in-depth material that can be consulted using touch screens and created by the work group of Atlante delle Guerre e dei Conflitti del Mondo (Atlas of Wars and Conflicts of the World) – ecall the different and so similar “afters” typical of the moments at the end of conflicts, and illustrate the contradiction of the end of war without the building of peace, in a line of continuity and references covering a whole century.