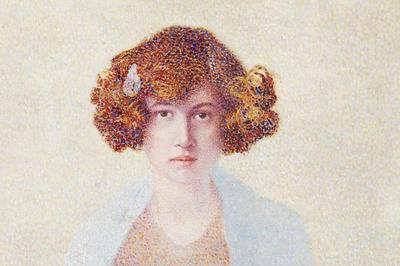 In addition to the permanent displays devoted to Giovanni Segantini, the exhibition presents a selection of oil paintings and works on paper from the collections of the Mart and the MAG, as well as from other public and private collections. Taking the artist as a starting point, the aim is to investigate the new compositional and stylistic relations introduced by the Divisionist revolution in its day.
Segantini, master of Italian Divisionism, allows us to trace a path rich in variations both in terms of theme and forms of expression, within the framework of historical Divisionism, which treats light in a new and absolutely contemporary manner, central to the explorations undertaken by many other artists.
This aspect is carefully examined through the Divisionist and Futurist masterpieces on show in the Mart in Rovereto (TN) from 25 June 2016, in I pittori della luce. Dal Divisionismo al Futurismo (Painters of light. From Divisionism to Futurism), curated by Beatrice Avanzi, Musée d’Orsay, Daniela Ferrari, Mart, and Fernando Mazzocca, Università degli Studi di Milano. The Arco overview aims to create a connection with this other event through a selection of works showing the impact of Divisionist poetics in 20th century Italy.
Divisionisms after Divisionism draws the attention of the public to some examples of ‘divided painting’ executed immediately following the Divisionist experience and partially included in it, but also lesser known works that curiously continue to show the influence of this tendency in the 30s and 40s, such as those of Luigi Bonazza of Arco or Vito Timmel of Trieste, both authors of works distinguished by a form of Pointillism that could be seen as a throwback to that movement.
In addition to paintings by Segantini, Bonazza and Timmel, the show will also include others by Antonio Camaur, Felice Casorati, Benvenuto Disertori, Leonardo Dudreville, Tullio Garbari and Teodoro Wolf Ferrari.