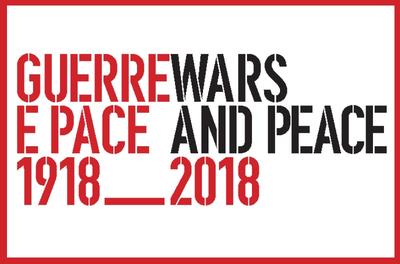 With the Wars and Peace. 1918-2018 project, the MAG is focusing its attention on the centenary of the end of the First World War, proposing a series of exhibitions in the Museum throughout the season and expanding the opportunities to visit the forts on mount Brione located along the Path of Peace.
In this particular place – the Alto Garda – that has been a border zone and link between national identities, with all the complexities and consequences that this has entailed in terms of territorial, social and political or institutional transformations, Wars and Peace. 1918-2018 has its roots in the First World War but aims to establish a dialogue with the contemporaneity of a Europe of uncertain destiny and insecure prospects in a line of continuity and references running through the century.
The end of the First World War led to the contradiction of the end of all wars without building peace. For while 1918 is remembered as the last year of war, how can we not question what determined that “after”, and whether it be correct to define it with the term “peace”?

Does the end of a war produce peace or are the seeds for a new war already germinating?
What remains “the day after” the armistices, in the wars that have rumbled on to this day? What do they share, these “afters” that are “todays”, if not already forgotten “yesterdays”?
In recent years, there have been dozens of wars that have not determined peace, and they are documented in the installations displayed in the exhibition. Exactly as happened a hundred years ago, the end of the First World War did not create lasting peace, but laid the foundations for the terrible subsequent war.

Between 1915 and 1916, the battalion of the Standschützen of Bolzano was stationed on the front above Riva del Garda. Two brothers, Albert and Rudolf Stolz, were drafted into the company as war artists.
From this experience arose a cycle of thirty drawings and paintings of great artistic value that document the daily life of life at the front.
Trenches, patrols, the moving of artillery, shooting practice and everyday scenes were first sketched and then completed with precision in watercolour, gouache, pencil or pastel.

In continuity with the Nuovi sguardi gardesani project, which has accompanied MAG’s exhibition activities for many years, for the programme dedicated to the centenary of the end of the First World War it has been decided to continue the survey of the Garda area, combining it with memories and interpretations that directly or indirectly intertwine with history. Paolo Ventura, a well-known author who in his work often mixes photography, painting and graphic art, has created Tales of War, a cycle of works inspired by the Great War and set in the Alto Garda area. This cycle is flanked by the earlier stories told through images that the author began producing in 2014.

Located on the crest of mount Brione along the Path of Peace, the Austro-Hungarian forts of S. Nicolò, Garda, Batteria di Mezzo and S. Alessandro commemorate a border marked by the front line a century ago.
Silent witnesses overlooking the landscape of Lake Garda, the Garda and Batteria di Mezzo forts have recently been renovated and made accessible. From spring to autumn, the MAG offers a calendar of openings and events, in particular at Garda fort, a structure that will offer new spaces in 2018 that have hitherto remained hidden and inaccessible.