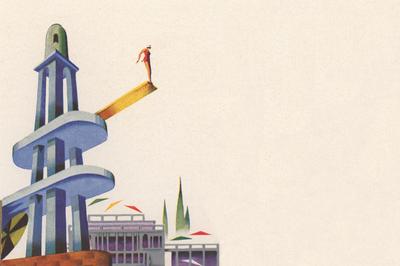 A new exhibition dedicated to the architecture and the sports activities that characterised the construction of the identity of the town of Riva del Garda from the beginning of the last century will welcome visitors to MAG during the 2019 season at the Museo Alto Garda.

While in recent years the ground floor of the Rocca di Riva in which the MAG Museo Alto Garda is located has been used for a number of exhibitions that have enabled visitors to discover antique landscapes and contemporary visions through photography, this year it was decided to enable the public to benefit from the items preserved in the MAG’s collections, combining those of the photographic archive with those of the collections stored in the deposits.
The leitmotif of this narrative, which alternates documentary material, video, photography, drawing and sculpture, is sport, with the aim of paying a small tribute to the origins of the world of outdoor activities that has over time has become one of the main supports of the economy of Riva del Garda and has always been a point of reference for many associations in the town.
The exhibition project makes use of two of the MAG’s principal holdings the collection dedicated to architect Giancarlo Maroni and the other of a local sculptor, Silvio Zaniboni, both active in the 1920s and 1930s.
The exhibition The form of sport. Architecture and sporting achievements at Riva del Garda in the first half of the 20th century, curated by Chiara Del Senno and Daniela Pera, will be open to visitors at the Museo di Riva del Garda from 14 April to 3 November 2019. The inauguration will take place on Saturday, 13 April at 6 p.m.

The exhibition opens with two architectural projects that Giancarlo Maroni drew up between the 1920s and ’30s, which became the setting for important sporting moments: the Campo Littorio Benacense and the Spiaggia degli Olivi. Photographs, sketches, publications, projects, trophies and videos tell the story of these two places. The MAG’s own materials are enriched by some valued loans from Fraglia Vela and the S.S. Benacense of Riva del Garda.
The Campo Littorio Benacense was created to satisfy the demand for a space dedicated to sport sought by the community since the early years of the twentieth century. There had been a variety of spaces acting as venues for competitions and athletic events before the city of Riva completed the stadium project in 1931. The genesis of this architecture is intertwined with the great sports propaganda project implemented in those years by the regime, which led to the creation of venues all over Italy for spectacular choreographies showcasing the achievements of Fascism in an attempt to shape a new generation of Italians through the widespread organisation of associations undertaking the physical preparation of boys and girls: the soldiers and mothers of the future.
1934 was the year of inauguration of the Spiaggia degli Olivi, a modern bathing establishment designed for the leisure moments of an elegant bourgeoisie in search of pleasant moments in the open air, but also as home to the prestigious Fraglia della Vela, which in the 1920s saw its autonomy consolidated while fusing its history with the visionary ideas of Gabriele D’Annunzio, who on a number of occasions paid tribute to Riva’s sailing club as he was a great admirer of Maroni and of the Lago di Garda.
The Spiaggia degli Olivi and its dual nature as a place of leisure and competition are told by a selection of materials that trace a story that begins in a space on the shores of the lake, next to the Rocca park where Riva’s rowing club set up its base in the early twentieth century. In the 1930s came the metamorphosis: from a place with a total sporting vocation, it moved on to become a modern bathing establishment, part of the new face of a town that in the post-war period was rethinking its spaces in a striving to propose itself more and more as a prestigious tourist resort.

A selection of historical films from the Thirties preserved in the archives of the Istituto Luce documents some sporting events that took place at the Spiaggia degli Olivi and Campo Benacense: from the historic Bragozzi regatta held on the occasion of the inauguration of one of the two sections of the Gardesana road to the images of the National Basketball team’s training camp in preparation for the 1936 Olympics.

Large historical backlit photographs show some scenes that testify to the long association between Riva and sport and life in the open air: the choreographic performances that open the first sporting seasons of the Benacense stadium, the sails that fill the horizon beyond the Spiaggia degli Olivi with their slender profiles, the official competitions, the social life of the beach and the fun of swimming and diving.

The exhibition closes with the work of Silvio Zaniboni, a sculptor from Riva who, between the 1920s and 1930s, worked on the decoration of prestigious buildings such as the Stock Exchange and the Palazzo dell’Arengario in Milan. He also designed the complex of the Acropoli Alpina on Doss Trento and in Riva worked closely with Giancarlo Maroni, creating the decorations for his architecture: Zaniboni was responsible for the design of the sculpture of Il Genio delle Acque which decorates the facade of the Centrale del Ponale. In his production, there is also a series of decorative works relating to venues for sports: in the 1930s he participated in the realisation of the decoration for the Stadio dei Marmi in Rome, producing two of the sixty monumental statues representing the different sporting disciplines. In the same period he also created the frieze that adorns the facade of the Piscina Cozzi in Milan. On display in the exhibition, there is the plaster model for this decoration, which can be compared with the photographs that Gabriele Basilico took for the Silvio Zaniboni. La scultura decorativa e la città exhibition and catalogue, organised by the Museum in 1996. The room dedicated to Silvio Zaniboni also houses the preparatory drawings for the decoration of a fountain that used to stand in the garden of the Mameli school in Milan. The frieze, a late work by the artist, depicts teenagers engaged in various sports. The drawings are shown alongside a photograph album that step by step documents the work of the Marinaretti di Riva group.