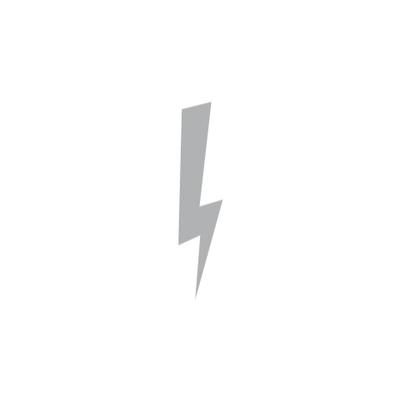 The project Der Blitz is implemented by the MAG Upper Garda Museum as a means to represent research linked to contemporary art, and to place it in a dialogue with the local territory.

In 2013, the pilot year of Der Blitz, two exhibitions – a group and a solo show – achieved the declared aim, following a thematic structure. Nature and the landscape were addressed as two complex issues which the Upper Garda area continually deals with, given the cultural and economic framework of the territory.

In 2014, having laid the bases for the new project, a dense and innovative programme of exhibitions placed Der Blitz at the heart of a national system of relations. The aim here was twofold: on one hand to legitimise and consolidate the research carried out as part of Der Blitz, placing them within a broader space promoting the circulation of ideas, and on the other hand, to give the opportunity to Upper Garda audiences to enjoy the latest from the world of contemporary art. Letting the artists propose the themes this time, Der Blitz 2014 went beyond the exhibition space of the Galleria Civica G. Segantini in Arco into other spaces, such as the Museo di Riva del Garda, and even the Eremo di San Paolo in Arco.

The programme of Der Blitz 2013 and 2014 created the framework for a greater integration of the project both within the territory and with the institution which created and supported it. Having abandoned the spaces of the Galleria Civica G. Segantini – thoroughly exploited throughout 2013 and 2014 and now returned to the artist after whom the gallery is named – Der Blitz 2015 consists of two distinct projects, the former to be held across the Upper Garda territory and the latter in the very heart of the exhibition display areas of the MAG: the Museum of Riva del Garda.

Falsipiani is the title of a series of actions which from March to September will take place between Arco and Riva del Garda. The general definition of ‘action’ hints at the multifaceted nature that Falsipiani aims to deploy throughout the 2015 programme.
Angelo Demitri Morandini, in the spaces of the Museum of Riva del Garda, in relation with the exhibition on landscape photography, Il tempo e l'istante, will display a highly contemporary view of the territory through the video I Try to Draw a Flight.
Alberto Scodro will intervene in a public space in Riva del Garda with a sculpture capable of interpreting the territory in a surprising manner.
Michele Spanghero, at the Eremo San Paolo in Arco, will offer a sound performance designed to bring to life one of the most precious sites of the whole of the Upper Garda area.
Arnold Mario Dall'O will also be present in Arco with an installation inspired by Giovanni Segantini.

At the end of this series of actions, starting on 5th September 2015 Der Blitz will take the form of Supernova, a brave interpretation of the rooms and works on display in the Picture Gallery of the Museum of Riva del Garda. Works from the past, already widely historicised, will be brought to life through a dialogue with the works of current-day artists, both from Italy and abroad. The idea underpinning Supernova lies in generating an experiential pathway through a sequence of artworks capable of nurturing new connections and new interpretations of the MAG collection and of the gallery visit itself. The infringement of fields, chronologies and references is meant as an instrument deployed to broaden the levels of interpretation and not as a mere element of desecration. Despite being guided by an experimental intent, Supernova looks upon the museum – and the experience that the visitor has of it – as essential to the genesis of the work of art. Surprising and luminous, the exhibition comes across as a complex interweaving of elements in which the dramatisation of the space is coupled  with attempts to update the artworks of the MAG collections.